Regolo Rooms Vaticano is a Guest House located in Via Attilio Regolo, in the heart of Prati district,
few steps far from the Vatican and Castel Sant’Angelo. 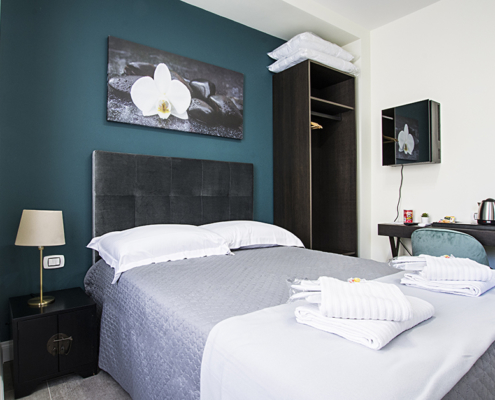 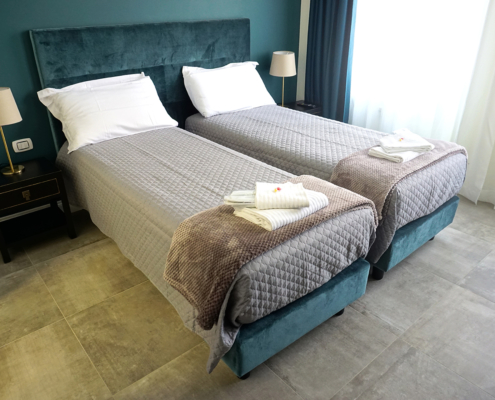 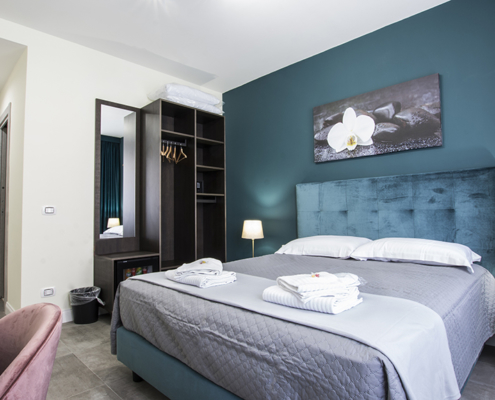 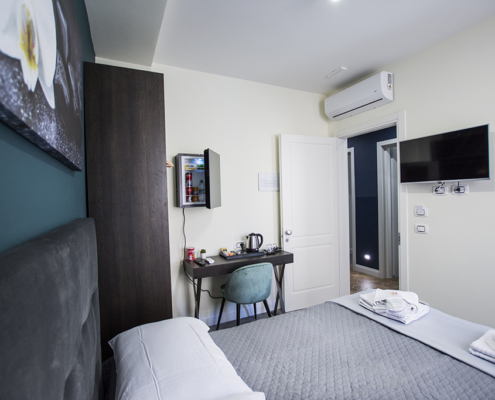 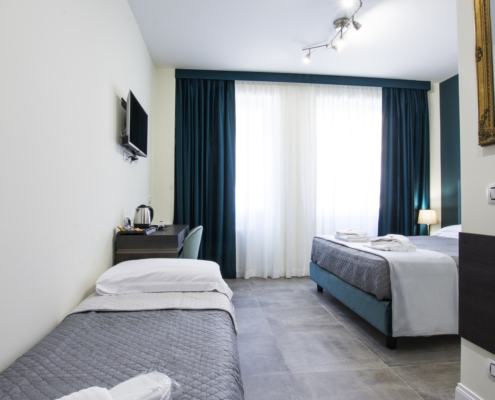 Each room is equipped with air conditioning (heat & cold), minibar, free Wi-Fi and smart TV with Netflix subscription. LEPANTO underground stop (line A) is located 350 meters from the Guest House, five stops away from the train station ROMA TERMINI.

Reception desk is available from 12:00 pm to 08:00 pm. Staff will greet you with a welcome drink and will provide you with the most complete availability throughout your stay, assisting and informing you about activities, visits and itineraries.

Prati is a perfect starting point for visiting Rome. Only 400 meters away from us, you will find Castel Sant’Angelo, built to house the remains of the emperor Hadrian and then become residence of the Pope. A short walk ahead, St. Peter’s Basilica, the most impressive church in Italy, a monument that celebrates centuries of artistic geniuses: Bramante, Raphael, Antonio da Sangallo, Giacomo della Porta and Carlo Maderno are among the artists who worked on its realization, not to mention Michelangelo, whose hands began crafting the gorgeous dome since 1547.

An advantaged position to visit the beauties of the capital.

Close to famous shopping streets, such as Via Cola di Rienzo and Via del Corso, at a few minutes’ walk from the main historical, cultural and religious points of interest, like St. Peter’s Basilica, Castel Sant’Angelo, Piazza del Popolo, Villa Borghese, the Spanish Steps, Trevi Fountain, the Pantheon, Piazza Venezia and the Colosseum, RRV is an ideal starting point to embark on an archaeological journey or to visit museums.

Nearby, cafes and historic restaurants offer the chance for enjoing specialities of the Roman tradition.

Antique bookstores and renowned shops, are easily reachable by walk.

From a historical point of view, it may be interesting to know that the block that hosts us was built over “meadows”, shortly after Rome was designated capital of Italy in 1871. Its magnificent buildings were the venues of ministries and parliament, while its wide streets took their names from relevant historical figures who played a key role in the transition from the Papal State. One of its largest squares, just behind the Vatican walls, takes its name from the Risorgimento (it “Rising Again”), a period that marked the resizing of the Papal aegis in Italy.

A luxurious 5-star hotel room without the hastle

We felt it was our home away from home, and that the wonderful hosts were family! They made us feel welcomed and special and helped us plan our days in Rome. The room was luxurious, a 5-star hotel room with the most confortable shower and bathroom with marble-like floors and walls. Another reviews mentions the elevator to the floor and we found it a riot! The entrance and the location couldn’t be better and it is likke coming into your own apartement. While it doesn’t have breakfast the price more than compensates for having to walk next door to get your own wonderful breakfast at the complet bakery next door! And you have hot coffee ans tea in the room plus the option of a taoster and a microwave in the common space if you didn’t want to go out for breakfast. We couldn’t have asked for anything more we were sad to leave and say good bye to ‘our’ room and to Georgia, Pascuale and the others. We loved Rome and we loved Regolo Rooms!

This B&B doesn’t offer breakfast (there’s a great Cafe downstairs), but it is as close to a hotel as a B&B could be. Modern and very clean, nice and quiet rooms despite street exposure, and a very caring team of people who will make every effort to make your stay comfortable.

A wonderful and fulfilling trip to a very romantic city.

This hotel is located in a very beautiful part of the ancient city of Rome. It is close to the Vatican and other major attractions are in close walking distance or short metro ride. The staff are wonderful kind welcoming people and I thoroughly enjoyed my stay.

Myself and my husband had the best holiday in Rome the staff in this hotel are amazing they cater to your every need they go through the map of Rome and tell you best places that are must sees , only for the guys in this hotel we wouldn’t of got to experience seeing famous painting in one of the churches in Rome even tho we had walked past the church and didn’t know about Caravaggio paintings being in it , the guys are amazing in this hotel and it’s beautifuly renovated and spotless clean and it’s in a lovely neighbourhood Vatican is 10 mins away walking and lovely neighbourhood with lots of shops and restaurants I loved my stay here and would definitely stay here again

This site uses cookies. If that's okay with you, continue browsing or request more information.